We are looking for editorsJoin

Riot has opened access to Valorant closed beta about only 2 weeks, but there are already a lot of tactics created by players for each map. At the moment there are 3 available maps

Each of them has some unique features.

Bind has teleports that make 100% unique and unpredictable.

Heaven has 3 places to activated bombs, which give a lot of variety for the offense team.

Split has few unique ropes, using them players can fast scale up to high ground or go down to the lower floor. It seems, that ropes give a lot of advantage to players because during the sliding player can fire and his accuracy doesn’t change. This mechanic has a lot of disputes on Reddit, most players think this mechanic should be fixed. 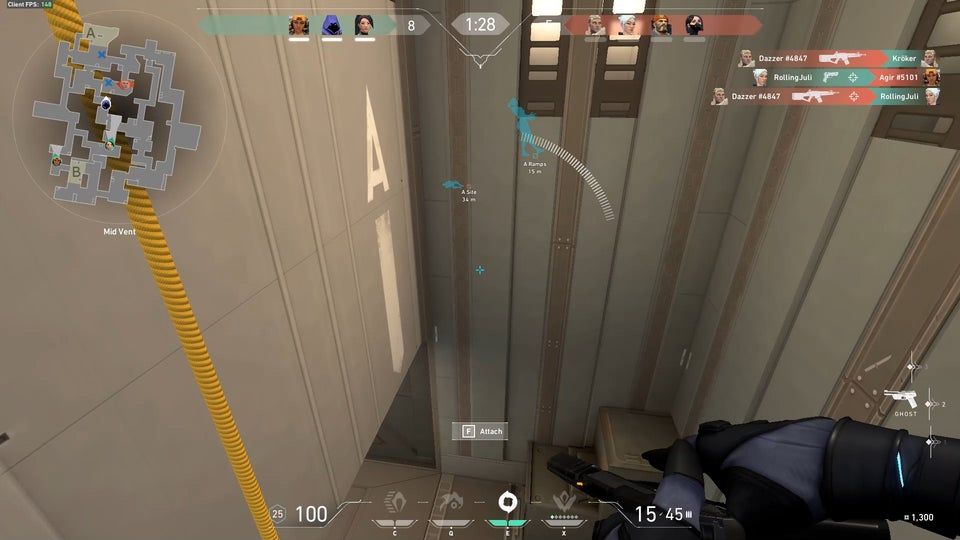 Riot made a quick reply about this issue. They clarified that there are no speed bonuses while player sliding on the rope and if the player going up/down without walk held, then movement speed will be the same as running with an Operator.

Riot pointed out that the only one thing that movement by the rope gives to players is a max speed almost instantly. This means that any player on the rope can see angles faster than other players.